February 2017 — February in Maine? It's not what you might think. The state looks especially beautiful this month under a blanket of snow that would inspire Currier & Ives. It's the ideal time to bundle up, put on Mardi Gras beads and watch the National Toboggan Championships in Camden. Or, wear your best hipster […]

February 2017 — February in Maine? It's not what you might think. The state looks especially beautiful this month under a blanket of snow that would inspire Currier & Ives. It's the ideal time to bundle up, put on Mardi Gras beads and watch the National Toboggan Championships in Camden. Or, wear your best hipster flannel shirt and hit one of the state's retro bowling alleys. Next month, Maine Restaurant Week kicks off, a great time for foodies to explore some of the state's new eateries. Looking further into 2017, there's a new agritourism map for farm stay visitors and a bevy of craft shows that celebrate some of the most creative people in the state.

For writers, editors and bloggers looking for short-lead news, there are details under Happening Now. Those in search of longer lead news can scroll down to the Looking Ahead section.

U.S. National Toboggan Championships
The 27th Annual U.S National Toboggan Championships will be the signature event of Camden's Winterfest on the weekend of February 10 – 12. The site is the base of the Camden Snow Bowl, the only ski mountain in the U.S. with views of the Atlantic Ocean. The 400-foot ice-covered chute is ready and Hosmer Pond, where the toboggans level out, is frozen. The crazy costumes are made and teams from around the world are entered for this storied competition. Known locally as "Maine's Mardi Gras," teams have raced dressed as the Cowardly Lion, Crash Test Dummies and bags of Wonder Bread. It's an event where Carhartt and Bean mix with colorful beads and masks, famous enough that The New York Times just featured it in their travel pages. Go to Camden Snow Bowl for more information about this year's championships. 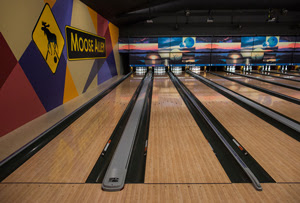 Go Bowling: How Some Mainers Deal with Winter
When the snow flies, some Mainers take to the bowling lanes for sport, to warm up and to socialize. Bowling has long been a popular indoor "sport" in Maine and many establishments offer candlepin, a New England variation on the game, as well as ten pin. At Bayside Bowl in Portland, you can expect live bands on the weekend, a full menu and a lively crowd. The Big 20 Bowling Center in Scarborough has been around since 1950 and is a bastion of candlepin bowling. It's hosted world championships and continues to host state championships throughout the year. Then there's Moose Alley up in Rangeley, which puts a real Maine twist on the concept of bowling alley. There's an indoor fire pit surrounded by recliner chairs, ten lanes of bowling, Skee-Ball, food and drink, as well as an open mic night for local musicians. Go to Visit Maine for more on the state's bowling alleys. 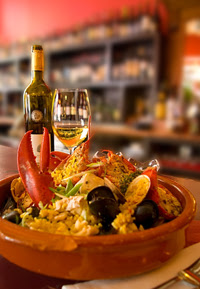 Maine Restaurant Week
The annual Maine Restaurant Week, from March 1 – 12, will showcase great restaurants and culinary artisans in a state where fine dining has become the norm. Participating restaurants are offering multi-course meals at fixed prices, ranging from $25, $35, $45 and $55 per person, depending on the establishment. From Evo Kitchen + Bar in Portland and Fish Bones American Grill in Lewiston to Gather in Yarmouth and Toroso in Kennebunk, there are dining deals all over the state. This year, participating restaurants can be found in Portland, South Portland, Cape Elizabeth, Cape Neddick, Camden, Brunswick, Lewiston, Kennebunk, Freeport, Yarmouth, Hallowell, Scarborough, Eliot, Bangor, Sargentville, Topsham, Westbrook, Falmouth and Rangeley. For more information, visit Maine Restaurant Week.

Agritourism in Maine
Move over, Italy. More farmers in Maine are getting into the field of agritourism, a concept born in Europe when visitors expressed an increasing interest in being connected with local food. So enterprising farmers took overnight guests on their farms, for a look at how food is really grown and to see firsthand what farmers actually do. Some Maine farmers have already begun offering agritourism stays and the Maine Department of Agriculture, Conservation and Forestry has just published the Maine Agri-Tourism Map. The map will feature more than 200 farms across the state that welcome both overnight guests and day visitors, including farm bed & breakfasts and farm stands. Contact the Maine Department of Agriculture, Conservation and Forestry for a copy. 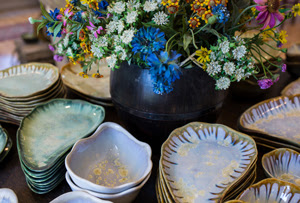 Art(isans) & Crafts
Maine has a strong tradition of artists and craftspeople, from potters, spinners and glass blowers to woodworkers, jewelry makers and weavers. While a meandering drive through the state might lead you to them, it's easier to catch them in one place at one of the state's regional gatherings of craftspeople. The annual Summer Solstice Craft shows in Wells on July 8-9 and September 9-10 brings together more than 70 crafters and artisans from across the state. The League of Maine Craft Show in the fall in Wells on November 4-5 is a juried show. At the Bethel Art Fair every Independence Day, more than 50 artists and artisans come together on Bethel's town common to show their wares and celebrate the vibrant arts scene in Maine's western mountains. Meanwhile, on the coast, the annual Brunswick Arts Fair in mid-August promotes local craftspeople. The biggest one of the year is the annual Maine Craft Weekend (MCW), a statewide event held on the first weekend of October. Visit Maine has a list of some of the best artisan and crafters galleries statewide.

We use cookies on our website to give you the most relevant experience by remembering your preferences and repeat visits. By clicking “Accept”, you consent to the use of ALL the cookies.
In case of sale of your personal information, you may opt out by using the link Do not sell my personal information.
Cookie settingsACCEPT
Manage Consent

This website uses cookies to improve your experience while you navigate through the website. Out of these cookies, the cookies that are categorized as necessary are stored on your browser as they are essential for the working of basic functionalities of the website. We also use third-party cookies that help us analyze and understand how you use this website. These cookies will be stored in your browser only with your consent. You also have the option to opt-out of these cookies. But opting out of some of these cookies may have an effect on your browsing experience.
Necessary Always Enabled
Necessary cookies are absolutely essential for the website to function properly. These cookies ensure basic functionalities and security features of the website, anonymously.
Functional
Functional cookies help to perform certain functionalities like sharing the content of the website on social media platforms, collect feedbacks, and other third-party features.
Performance
Performance cookies are used to understand and analyze the key performance indexes of the website which helps in delivering a better user experience for the visitors.
Analytics
Analytical cookies are used to understand how visitors interact with the website. These cookies help provide information on metrics the number of visitors, bounce rate, traffic source, etc.
Advertisement
Advertisement cookies are used to provide visitors with relevant ads and marketing campaigns. These cookies track visitors across websites and collect information to provide customized ads.
Others
Other uncategorized cookies are those that are being analyzed and have not been classified into a category as yet.
Save & Accept