December 2016 — Winter is here, the holidays are weeks away, and Maine has a lot to offer those who love to explore. There's expanded service on Amtrak and a groundbreaking art exhibition in a new museum. For outdoor lovers, there is a growing system of lodges and trails that are ideal for snowshoers. A Maine […] 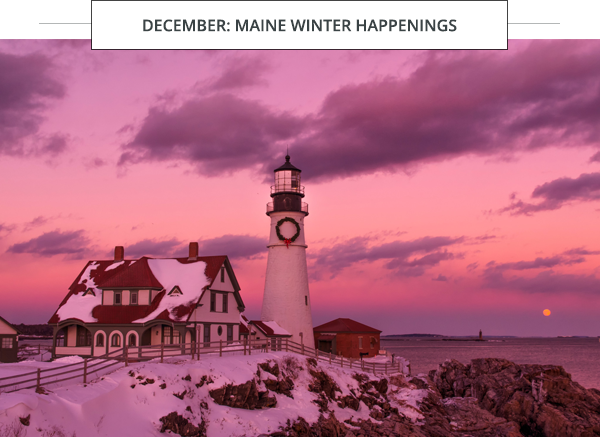 December 2016 — Winter is here, the holidays are weeks away, and Maine has a lot to offer those who love to explore. There's expanded service on Amtrak and a groundbreaking art exhibition in a new museum. For outdoor lovers, there is a growing system of lodges and trails that are ideal for snowshoers. A Maine coastal hotel is reborn as a luxury resort while the restaurant boom in Portland continues with new openings on the horizon.

For anyone looking for short-lead news, there are details under Happening Now. Those in search of longer lead news can scroll down to the Looking Ahead section. 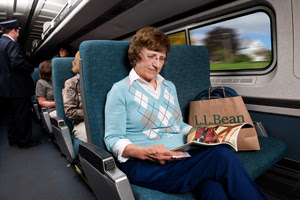 All Aboard: More Trains Heading to the Midcoast
Amtrak has expanded the schedule of its Downeaster service, which runs from Boston to Brunswick, Maine. It's now offering more frequent train service beyond Portland to the shopping mecca of Freeport and to Brunswick, the gateway to the coast. Thanks to a new layover facility in Brunswick that will service Amtrak Downeaster trains overnight, late-night trains to Brunswick will remain there overnight and head south again the following morning, rather than returning to Portland to overnight. That gives train travelers more options for extending their stay. The Downeaster also stops at Wells, Saco and Old Orchard Beach, making it the ideal way to have a car-free Maine vacation. 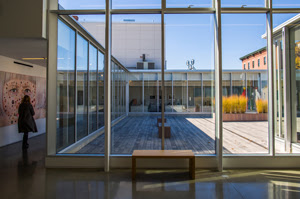 The Center for Maine Contemporary Art's (CMCA)  remarkable new building in Rockland, which was signed by architect Toshiko Mori, offers an exceptional exhibition space for the CMCA Biennial, which opened in November and runs through February 5, 2017. This is an open, statewide juried exhibition featuring work in all mediums produced by the selected artists in the past two years. The jurors for 2016 are Christine Berry, director of Berry Campbell Gallery, New York City, and John Yau, noted writer, poet, and art critic for Hyperallergic. There are 25 artists in this year's Biennial, including Phoebe Adams, Sarah Bouchard, Philip Brou, Claire Seidl and Richard Van Buren. Located in the heart of Rockland's downtown arts district, CMCA is in walking distance of the Farnsworth Art Museum and Wyeth Center, the Strand Theatre, and dozens of art galleries, restaurants, and hotels.

The Cliff House
Built in 1872 on Bald Head Cliff overlooking the Atlantic in Ogunquit, The Cliff House is a venerable New England hotel that has been reborn. Destination Hotels, the brand behind such properties as Stowe Mountain Lodge, L'Auberge Del Mar, and the Vail Cascade Resort, spent millions to renovate the dowager. It's been transformed into a luxury resort with an infinity pool, a 9,000-square-foot spa, and The Tiller on-site restaurant. Vermont-based Kim Deetjen is the interior designer. Cliff House has a nautical design and has integrated about 46,000 square feet of pine that was reclaimed from houses in northern Maine. This marks the first year in its history that The Cliff House has extended its operations beyond its traditional Oct. 25 seasonal closing date, officially making the resort a year-round property for the first time in its 144-year history. The $100 million renovation and expansion will be completed by next summer. In the meantime, wintertime activities will include beachfront snowshoeing.

Dining: New Portland Eateries Opening Soon
The Portland dining scene continues to expand and in the coming months, look for Baharat, a new restaurant in East Bayside that's being opened by CN Shawarma food truck. Known for their Mediterranean-inspired meals and classic shawarma, Baharat will be a casual place serving mezze, kebabs, falafel and shawarma. LB Kitchen is the latest eatery from Lee Farrington, the former chef/owner of Figa. This café promises counter service breakfast and lunch from Monday to Friday. There will be brunch on weekends and a monthly pop-up dinner series. Finally, Sichuan Kitchen on Congress Street is the brainchild of restaurateur Qi Shen, who is opening a 45-seat restaurant featuring Sichuan Chinese cuisine with an executive chef from Chengdu, the capital of the province. 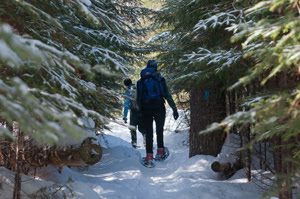 Snowshoeing Lodges & Trails
The best way to explore snowy trails in the rolling, forested Maine landscape is on a pair of snowshoes. It's even better when there's the promise of a fireplace and a warm cabin at the end of the day. The Appalachian Mountain Club's (AMC) Maine Wilderness Lodges, Gorman Chairback and Little Lyford, offer great snowshoeing in the heart of AMC's 100-Mile Wilderness Conservation Lands. The lodges are an ideal combination of rustic charm and creature comforts, so expect a wood-fired sauna, hot showers, and home-cooked meals. They offer more than 80 miles (130 km) of groomed ski trails that are also great for snowshoers. The Alps were the inspiration for the hut and trail system at Maine Huts & Trails. The four huts are architect designed, with vaulted ceilings, leather furniture, crackling woodstoves, and walls of windows to welcome you in the common rooms. They're also off-the-grid eco-lodges situated along the 80-mile trail system. Every hut is equipped with hot showers, toilets, comfortable heated bunkrooms and convenient gear drying rooms.