December 14, 2015 – Mainers are eager to get their snowshoes and cross country skis out of the garage and head out on the trails to enjoy winter. It’s a time when locals and visitors encounter each other at one of Maine’s fabled diners over a long breakfast. It’s when people learn a new skill […] 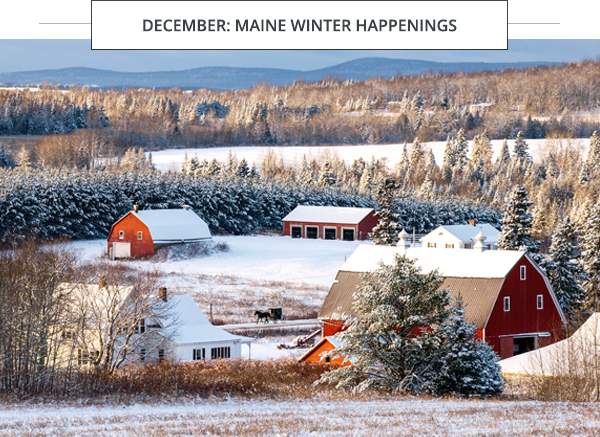 December 14, 2015 – Mainers are eager to get their snowshoes and cross country skis out of the garage and head out on the trails to enjoy winter. It’s a time when locals and visitors encounter each other at one of Maine’s fabled diners over a long breakfast. It’s when people learn a new skill or raise their expertise in woodworking, photography or cooking. This December, it’s also a time to think about the upcoming 100th anniversary of Acadia National Park. For writers, editors and bloggers looking for short-lead news, you’ll find immediate details under Happening Now. Those in search of longer lead news – such as learning vacations and Acadia’s Centennial – scroll down to the Looking Ahead section.

Long a favorite winter activity, snowshoeing is not only a tradition in the Maine woods, but has become one of the Northeast’s fastest growing sports. “If you can walk, you can snowshoe” rings true, and when Mother Nature blankets the state with lots of powder, snowshoeing is an easy and inexpensive way to travel quietly in the great outdoors and get some healthy exercise.

While traditional wooden models have given way to high-tech plastic and metal frame snowshoes, the simple mechanics of the sport have remained the same: just strap the snowshoes onto your winter boots and start walking. Whether you’d like to take an easy afternoon snowshoe trek around Pineland Farms or snowshoe to one of the Maine Huts and Trails‘ locations for a longer stay, you’ll find miles of trails to explore and acres of unspoiled wilderness to see. The Appalachian Mountain Club is offering a new hut-to-hut snowshoe for the first time in January. Traveling from Little Lyford Lodge to Gorman Chairback Lodge, this is a weekend excursion with registered Maine guides. 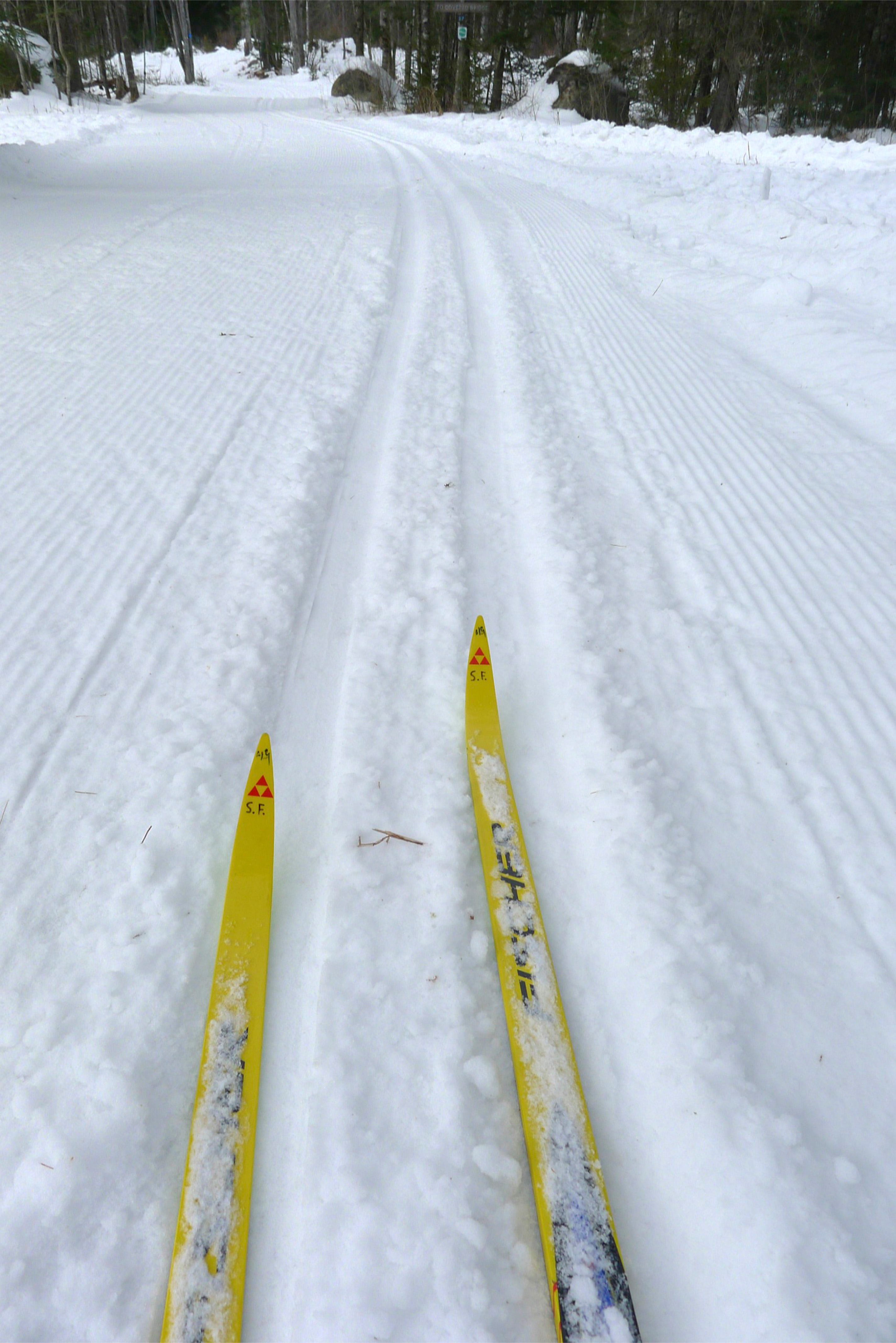 For those who love the aerobic burn that comes from a morning spent on skinny skis, cross-country skiing trails can be found all over the state of Maine. That said, there are unique places with a Nordic heritage where cross country is considered a part of the local culture.

Take the Nordic Heritage Center in Presque Isle, a dedicated facility in Aroostook County with a 6,500-square-foot lodge, 20 kilometers of cross-country trails and a 30-point biathlon range, operated by the nonprofit Nordic Heritage Sport Club. Its facilities include a separate wax building with 26 wax rooms. The Rangeley Lake Trails Center has 65 km of Nordic skiing trails and a warming yurt lodge while Carter’s Cross Country Ski Center has two locations: Oxford and Bethel. Oxford has 30 km of trails while Bethel features more than 55 km of ski and snowshoe trails for beginner-to-advanced skiers.

One aspect of Maine that doesn’t change with the seasons are its diners. A number of them are the vintage “dining car” structures that began showing up throughout New England in the 1930s and 1940s.

At Maine Diner in Wells, specialties like The Dale Arnold, a hot buttered lobster roll, are well suited for a winter’s day. At Moody’s Diner in Waldoboro, Yankee pot roast, baked stuffed haddock and whoopie pies rule throughout the season. Becky’s Diner, along the waterfront in Portland, is a refuge for lobstermen and hipsters. Breakfast is served from 4 a.m. to 4 p.m. and might be a lobster and Swiss cheese omelette or simply two eggs over easy with homemade corned beef hash.

Of course, you can always fall back on coffee, burgers and a slice of pie at any of the state’s vintage diners. 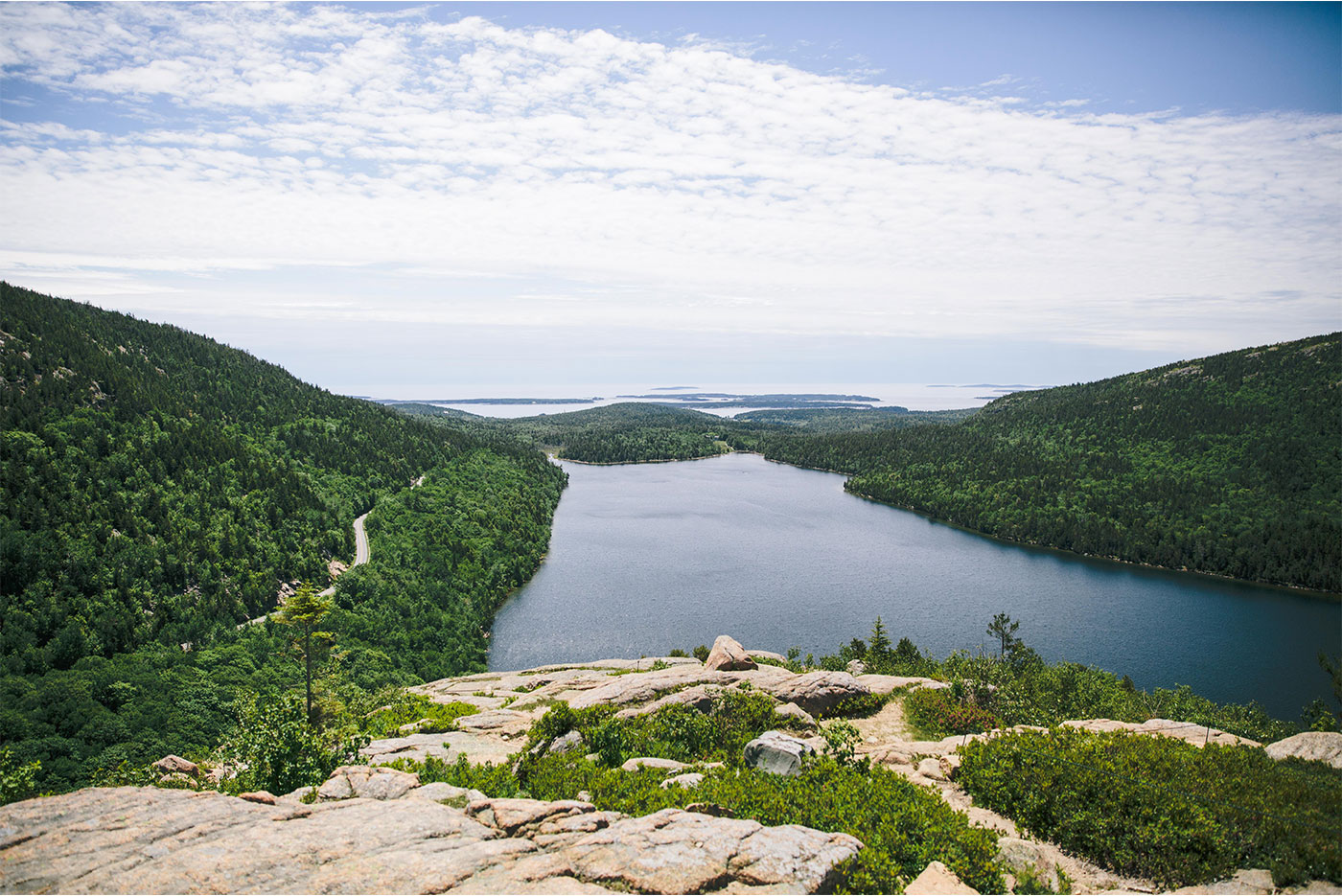 To mark Acadia National Park’s Centennial in 2016, The Maine Thing Quarterly, an interactive e-zine with photos, maps and videos, produced by the Maine Office of Tourism, has just devoted its latest issue to Acadia. Delving into the history of the park, from the Wabanaki who walked this land before the Pilgrims, the early rusticators who visited the region, and the influence of John D. Rockefeller, it’s not only a vivid reminder of Acadia’s beauty, it clearly shows why two million plus visitors make a pilgrimage every year to see the eastern-most National Park in the United States. Plans for the Centennial celebration are still being made, but you can read more at the Centennial’s website. 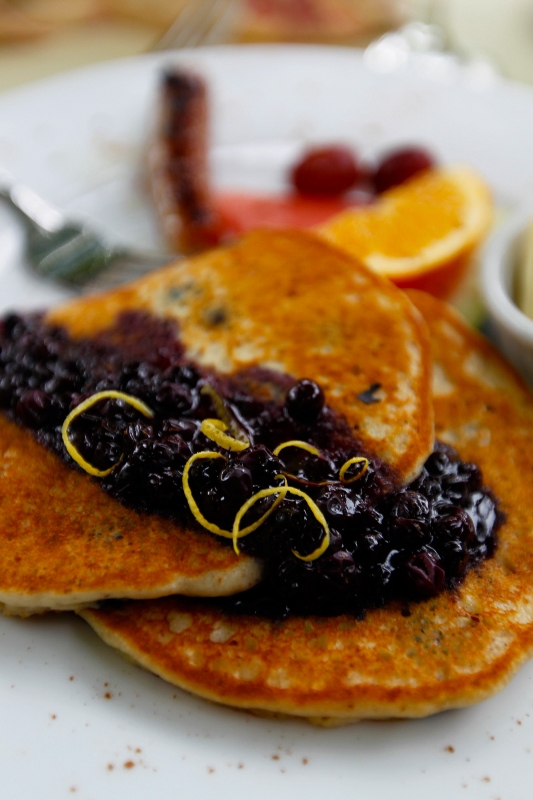 Winter is the ideal time to learn a new skill or improve a bit on what you already know. Maine Media Workshop in Rockport offers workshops in photography, filmmaking and writing, as well as design and book arts, throughout the winter. At Hartstone Inn & Hideaway in Camden, weekend cooking classes from January to March are taught by Chef Michael Salmon and other guest instructors in the Hartstone kitchen. Classes cover a wide range of topics, from regional and ethnic cuisines to seasonal and holiday offerings. Weekend packages include two nights lodging, breakfast each morning, afternoon cookies and tea, a gourmet candlelit dinner for two and enrollment for one in the cooking class. For those more interested in building techniques, The Shelter Institute in Woolwich offers courses in post and beam construction, dovetail joinery and wood turning.

The first of this year's fall foliage reports.. Maine’s leaf-bearing trees will show off their brilliant colors of yellow, orange and red in the upcoming weeks.

Welcome Back to Maine This Fall